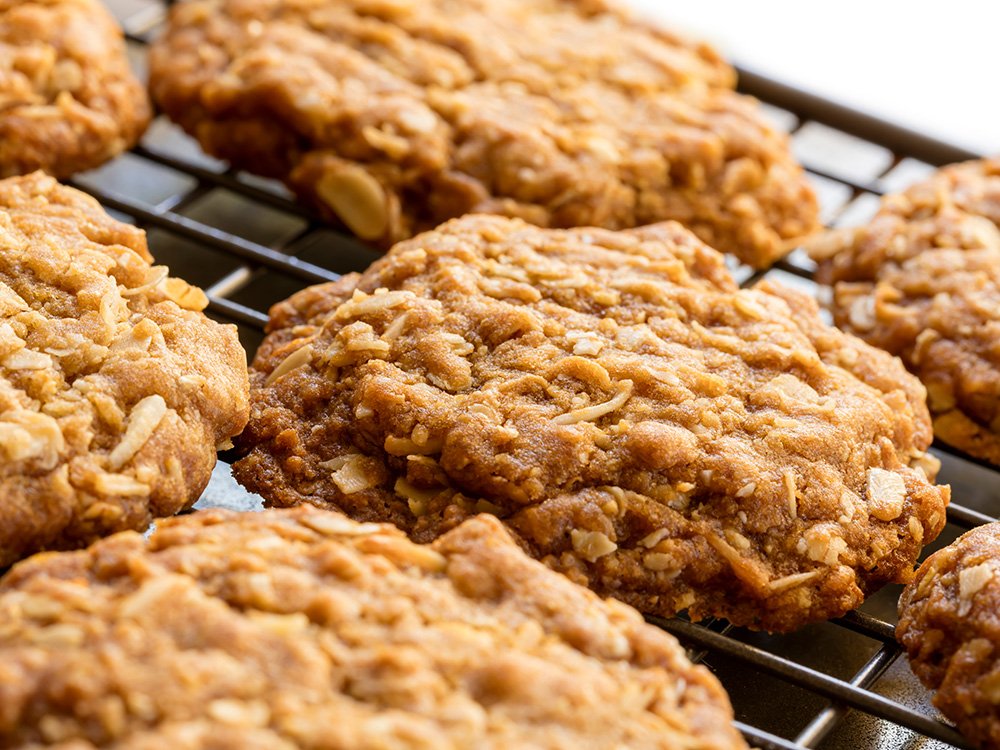 The history of the Anzac Biscuit

The original recipe, like most historical recipes, is a little harder to pin down. The first recorded recipe for ‘Anzac biscuits’ is completely different to modern Anzacs, though other very similar recipes existed under names like “rolled oat biscuits” and “soldier’s biscuits” in cookbooks during the early 1900s.

It’s a popular myth that they’re called Anzac biscuits because they were shipped to the Anzac soldiers during the war. However, while it’s true that they travel excellently and don’t contain any ingredients that easily spoil, the name “Anzac biscuits” didn’t meet up with these buttery, oaty cookies until the 1920s. In reality, the biscuits were more often made at home to sell for fundraising, or to serve at fetes and other events held to raise money for the war effort, and it’s this connection between the biscuits and the war that led to the use of the name “Anzacs”.

So, not only are these biscuits named in honour of a group of soldiers that helped form the national spirit of two countries, they’ve also become an indelible part of early life for many Australian and New Zealand bakers. From humble beginnings as a wartime treat, ingeniously using golden syrup as a binder in a time when egg supplies were short, come these simple but perfectly formed biscuits. With the Anzac biscuit, we know that it’s not the recipe source that’s important, but the spirit and sacrifice of the soldiers who inspired the name. Lest we forget.

Why not have a go at making your own Anzacs? Try Jamie Oliver’s recipe here. If you like share your photos of the results on Facebook and be sure to tag us!